The Torments Of Hell

On the day of rising, hell will be in view
A terrible sight, if only you knew

After burning for a thousand years , it’s flames turned white
A thousand more years, now it’s as black as the night

You think the flames are bearable, you’re totally wrong
The flames are of hell are sixty nine times as strong

The people in hell are there to stay
They will melt to nothing, 70,000 times in a day

70 years it will take, for a stone that is thrown
to hit the bottom of hell and it won’t be alone

the food of hell resembles a devil’s head
and to drink, boiling water and blood bright red

which cuts up the bowels, everything will fall out
the inhabitants of hell will scream and shout

take up islam, the only way to succeed
and if you don’t, you’re unfortunate indeed

Brothers and Sisters, Help determine your fate
Once you see Hellfire, It'll be far too late... 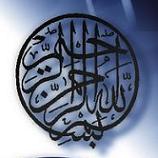